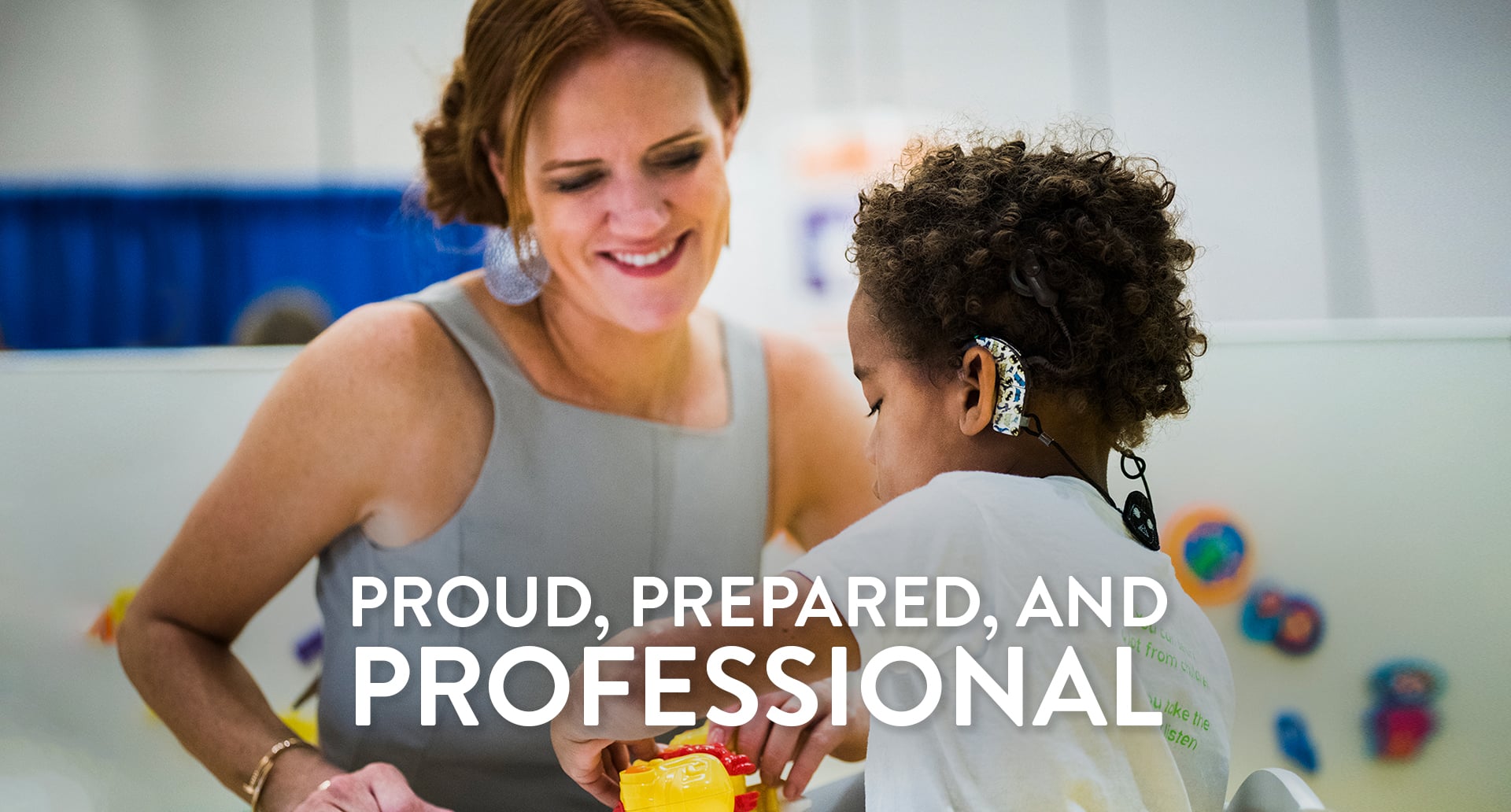 Teachers Use Technology Too!

Teachers Use Technology Too! 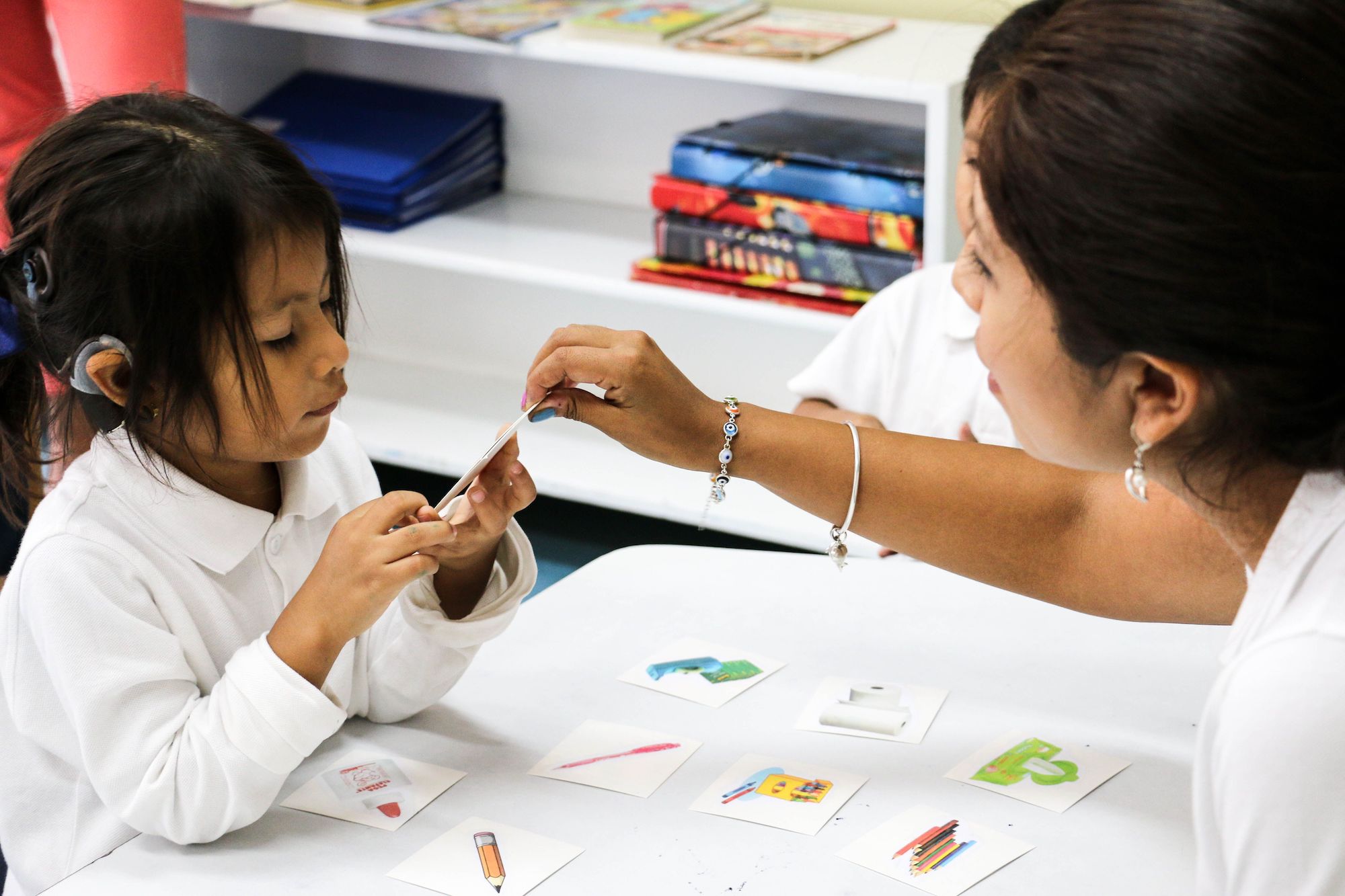 Language acquisition is a complex process that involves many stages. During the first few years of a child’s life, the ability to acquire language is at its highest. Throughout this time, adults play an important role by providing models of language and by engaging in back and forth conversation that helps build the child’s language brain (Romeo et al., 2018). During this critical period, every sound that a child hears and every conversation the child participates in contributes to the development of language processing skills in the brain and benefits the child’s ability to communicate using language in the years to come (Romeo et al., 2018).

As a first year teacher at a preschool for children who use listening and spoken language, I was eager to put my university training into practice. I chose to participate in a study on the teacher’s role in classroom conversation and how teachers might study their own behavior in this crucial activity. My classroom consisted of eight two and three year olds with hearing losses ranging from mild to profound and varying degrees of language ability. Language facilitation was individualized so that each child received the specific instruction needed to help build language competency.

Over the course of my study, I wore the LENA to get information on how many words I spoke to the children in my class and the number of conversational turns we had during a specific hour of the day when I was alone in the classroom with my students. This one-hour period included my lesson, music time, and lunchtime. The study took place over the course of six weeks.

My first step was to get a baseline measure of my conversational turns during that one-hour. I was surprised to note that only eight conversational turns were recorded on that first day. This result showed that I was doing most of the talking in the classroom. After my baseline was determined, I asked myself the question, “What would be the best way to promote conversational turn taking during this hour long period each day?” I came up with three strategies that fit into our typical routine – call and response songs, interactive book reading, and lunchtime conversational prompts.

Lunchtime was one of my favorite times of the day because this was the time when language was used through natural conversations. I would begin lunchtime each day by holding up a lunch box and asking, “Whose lunch is this?” This encouraged the students to answer my question and recognize other friends’ possessions. I would then ask my students the question, “What do you think is inside?” They would often respond, “Open it!” After allowing them to respond, “Open it,” each time, I would then ask them the same question, “What do you think is inside?” For a while, they would still respond with the same answer, “Open it.” I then provided them with choices of what could be inside each lunch box in order to provide examples of responses. I then varied the questions by using different forms, such as, “Do you think you have a sandwich today or rice?” In addition to modeling vocabulary, these question types also allowed the children to form predictions about what may be inside each lunchbox. Before opening each lunchbox, I would show excitement in my voice that would keep the students engaged and excited.

After each child received his or her lunch, I would try to incorporate more use of vocabulary, such as concepts of “the same.” I would often comment on who had the same types of lunches. For example, I would state, “Oh, I see that     has a yogurt and     has a yogurt. It’s the same!” After a couple of days, my students began to pick up this concept and would notice spontaneously who had the same items in their lunchboxes.

By participating in this study I learned a lot about how to keep data as I implemented my professional growth plan along with how critical language exposure, particularly conversational turns, is to young children. The more that we engage with young children by using language, the more likely they are to pick up on the language and use it in their everyday conversations.